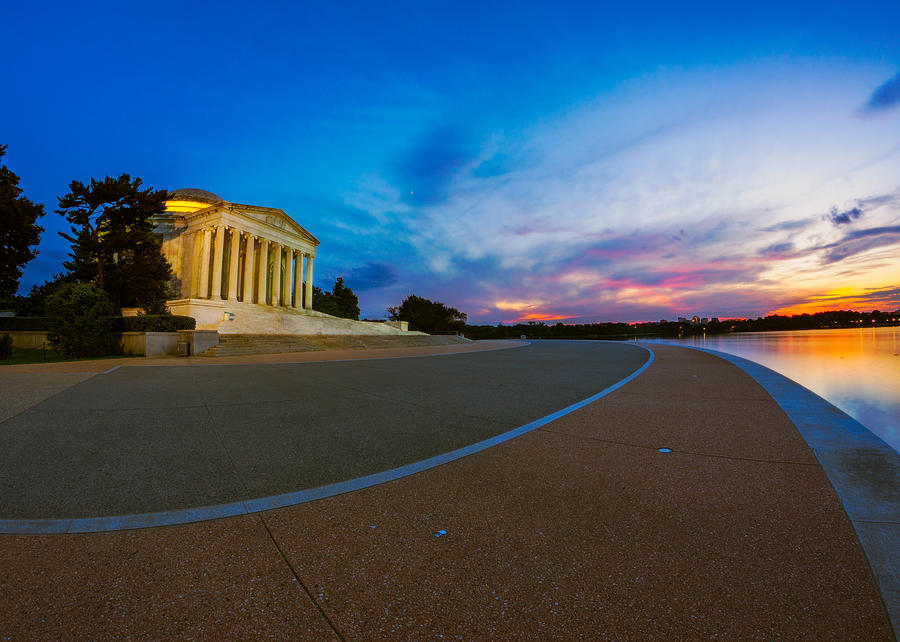 The Thomas Jefferson Memorial is a presidential memorial in Washington, D.C., dedicated to Thomas Jefferson, (1743–1826), one of the most important of the American Founding Fathers as the main drafter and writer of the Declaration of Independence, member of the Continental Congress, Governor of the newly independent Commonwealth of Virginia, American minister to King Louis XVI and the Kingdom of France, first U.S. Secretary of State under the first President George Washington, the second Vice President of the United States under second President John Adams, and also the third President of the United States, (1801–1809), as well as being the founder of the University of Virginia at Charlottesville, Virginia. The neoclassical Memorial building on the Tidal Basin off the Washington Channel of the Potomac River was designed by the architect John Russell Pope and built by the Philadelphia contractor John McShain. Construction of the building began in 1939 and was completed in 1943. The bronze statue of Jefferson was added in 1947.