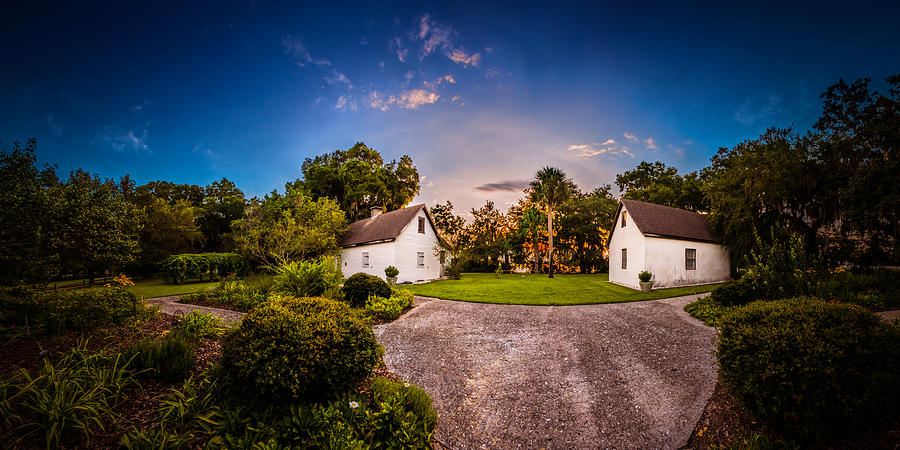 Sunset at the Tabby Slave Quarters

Sunset at the Tabby Slave Quarters

Located on St. Simons Island, the remains of this antebellum plantation contain two surviving slave cabins, originally a set of four built before 1833. Among the better surviving slave cabins in the South, they are made of tabby, a cement consisting of lime, water, and crushed oyster shells. The cabins have built-in windows and a central chimney. James Hamilton Couper, namesake of the owner and manager of the plantation, was an architect and a builder. He designed and built the cabins to house the slaves who served in the plantation's main house. Utilizing a duplex plan to house more than one family, the cabins were originally part of a planned community of slave dwellings.