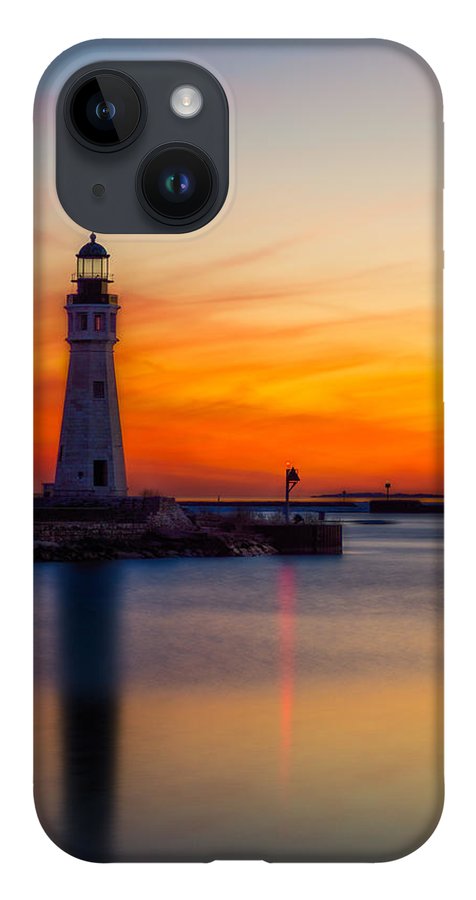 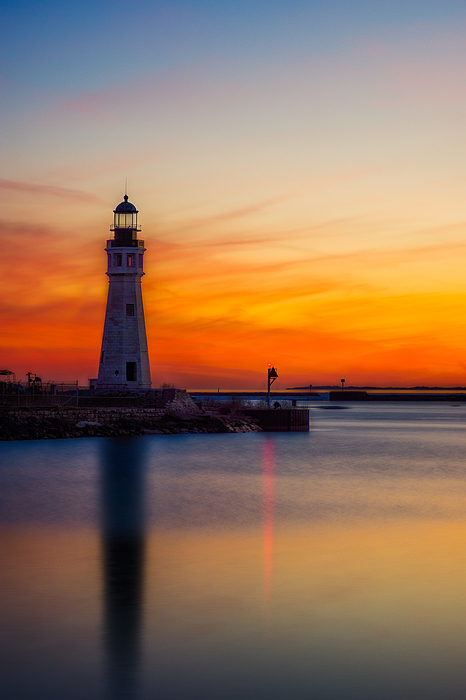 Red Skies at Night iPhone 14 case by Chris Bordeleau.   Protect your iPhone 14 with an impact-resistant, slim-profile, hard-shell case. The image is printed directly onto the case and wrapped around the edges for a beautiful presentation. Simply snap the case onto your iPhone 14 for instant protection and direct access to all of the phone's features!

Beautiful and inspirational! Congratulations on your sale.

Congratulations on your sale Chris!

Congrats on your sale!

Congratulations on your sale !

Wonderful capture with awesome colours and details. Congratulations on your sale.

Protect your with an impact-resistant, slim-profile, hard-shell case.   The image is printed directly onto the case and wrapped around the edges for a beautiful presentation.   Simply snap the case onto your for instant protection and direct access to all of the phone's features!

Red sky at night, sailors' delight. Buffalo’s Main Light in the red glow of twilight. The lighthouse was established and lit in 1833 and was deactivated in 1914. The foundation material was stone molehead and the lighthouse was constructed out of limestone and cast iron. The shape of the tower was octagonal and was 60 feet high. The lens installed in 1857 was a third order Fresnel lens. The lens was later removed to the Buffalo History Museum. This 60-foot-tall, octagonal limestone structure is the oldest still standing in its original location in the city of Buffalo. It replaced the original 1818 light on this site along the Lake Erie shore at the mouth of the Buffalo River. Presently, it is part of an outdoor museum located on the grounds of the United States Coast Guard Station.