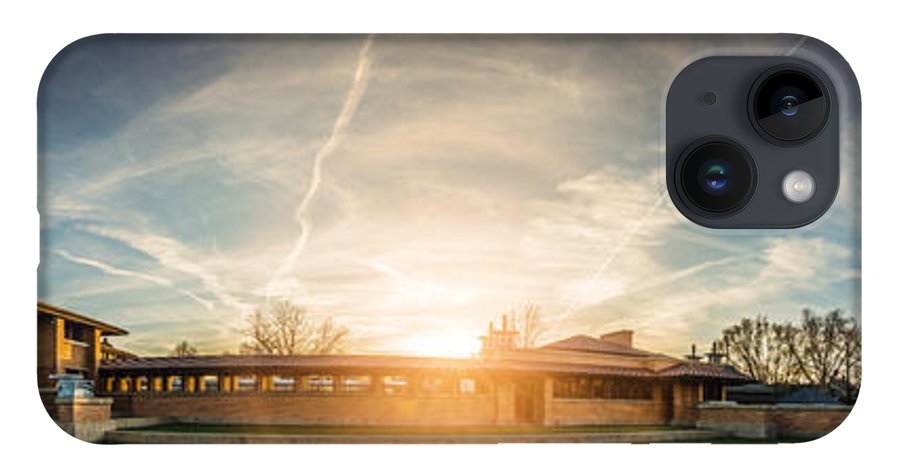 Darwin Martin House - Spring Sunset iPhone 14 case by Chris Bordeleau.   Protect your iPhone 14 with an impact-resistant, slim-profile, hard-shell case. The image is printed directly onto the case and wrapped around the edges for a beautiful presentation. Simply snap the case onto your iPhone 14 for instant protection and direct access to all of the phone's features!

Huge congratulations on the successful sale!

Protect your with an impact-resistant, slim-profile, hard-shell case.   The image is printed directly onto the case and wrapped around the edges for a beautiful presentation.   Simply snap the case onto your for instant protection and direct access to all of the phone's features!

The Darwin D. Martin House Complex, also known as the Darwin Martin House National Historic Landmark, was designed by Frank Lloyd Wright and built between 1903 and 1905. Located at 125 Jewett Parkway in Buffalo, New York, it is considered to be one of the most important projects from Wright's Prairie School era, and ranks along with The Guggenheim in New York City and Fallingwater in Pennsylvania among his greatest works.